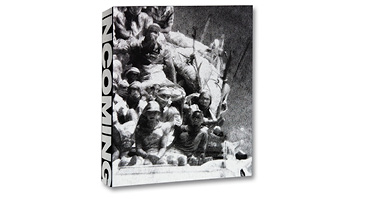 At a moment when the world is facing the world’s largest refugee and migration crisis since the Second World War, Incoming by Irish artist and Deutsche Börse Photography Prize winner Richard Mosse deals with the major humanitarian and political plight of our time, the displacement of millions due to war, persecution and climate change. With illuminating texts by Mosse and the philosopher Giorgio Agamben, the 576-page book combines film stills from the artist’s latest video work made in collaboration with electronic composer Ben Frost and cinematographerTrevor Tweeten – a haunting and searing multi-channel film installation, accompanied by a visceral soundtrack. Journeys made by refugees and migrants across the Middle East, North Africa, and Europe are captured with a new weapons-grade surveillance technology that can detect the human body from 30.3km. Blind to skin colour, this camera technology registers only the contours of relative heat difference within a given scene, foregrounding the fragile human body’s struggle for survival in hostile environments. As Mosse writes in his essay, ‘the camera carries a certain aesthetic violence, dehumanizing the subject, portraying people in zombie form as monstrous, stripping the individual from the body and portraying a human as mere biological trace.’ Alluding literally and metaphorically to hypothermia, mortality, epidemic, global warming, weapons targeting, border surveillance, xenophobia, and the‘bare life’ of stateless people, Mosse’s use of a military telephoto camera serves as an attempt to reveal its internal logic – to see the way missiles see. Following the narrative sequence of the film, the book presents still frames from footage of a live battle inside Syria in which a US aircraft strafesIS positions on the ground, to scenes showing refugees boarding rescue boats off the coast of Libya or gathered along the shores of Turkey under cover of darkness, or making the dangerous journey through the Sahara Desert, and the burning of the Jungle refugee camp. Like the film, the artist’s book bears witness to chapters in recent world events – mediated through weapons camera technology – while also shedding light on the ethical, technological, logistical and aesthetic issues involved in creating this major new work. 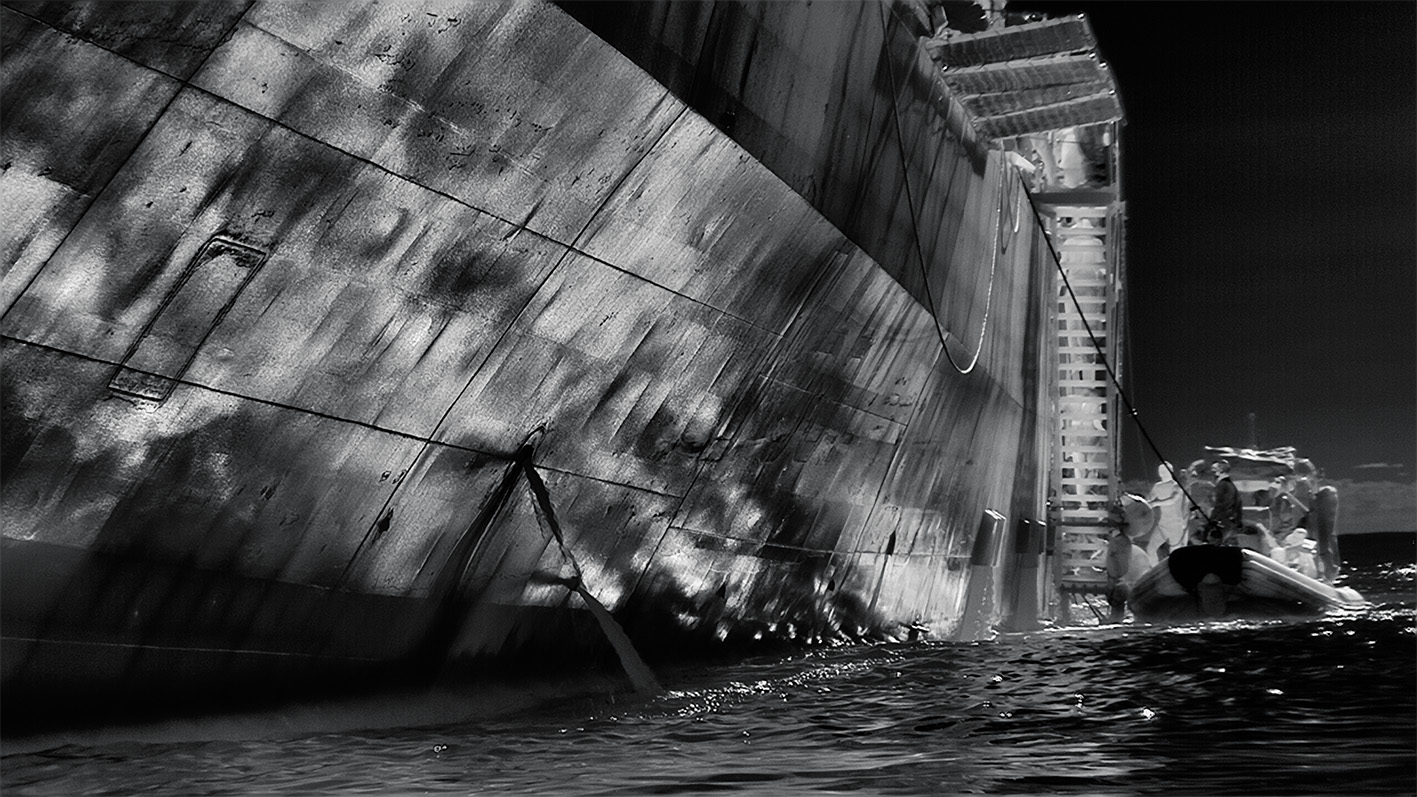 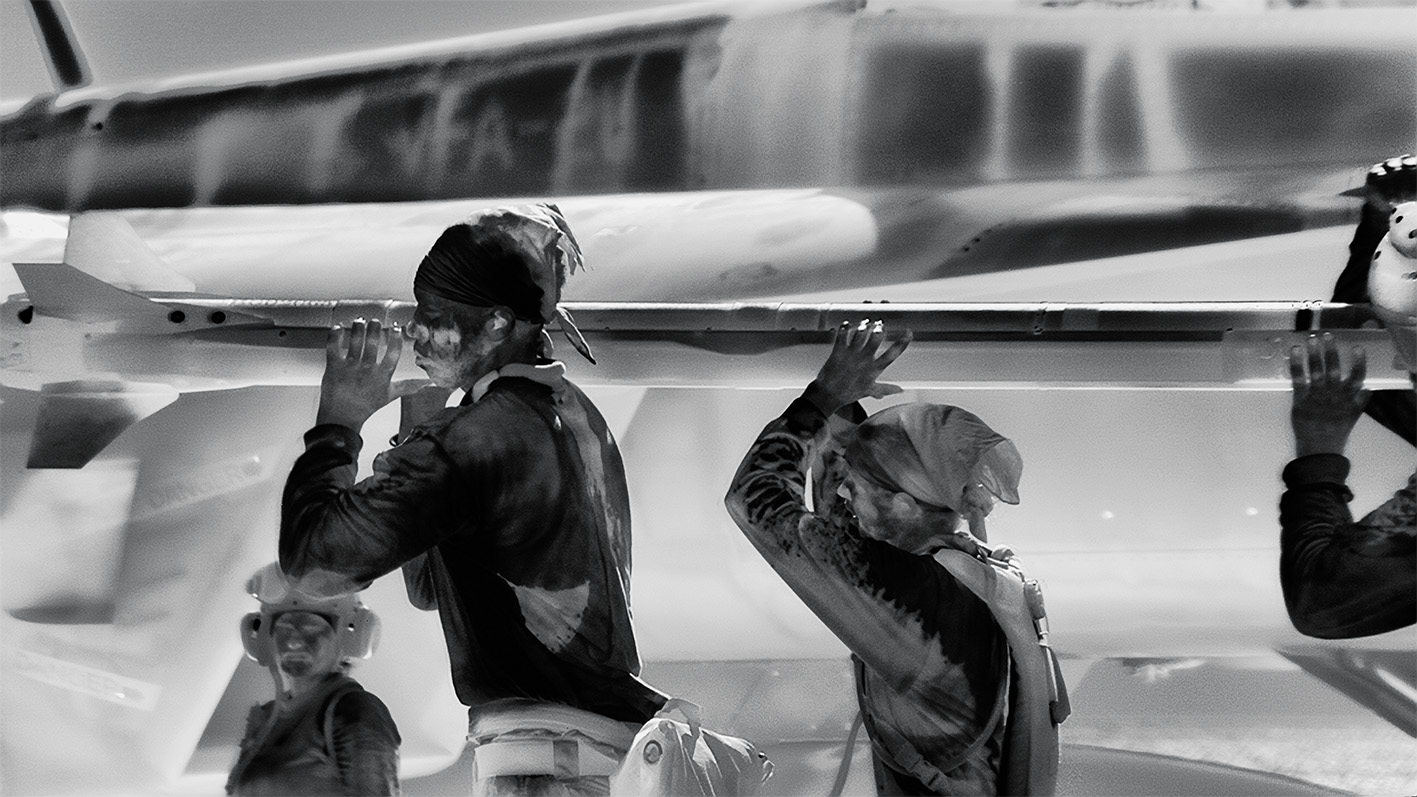 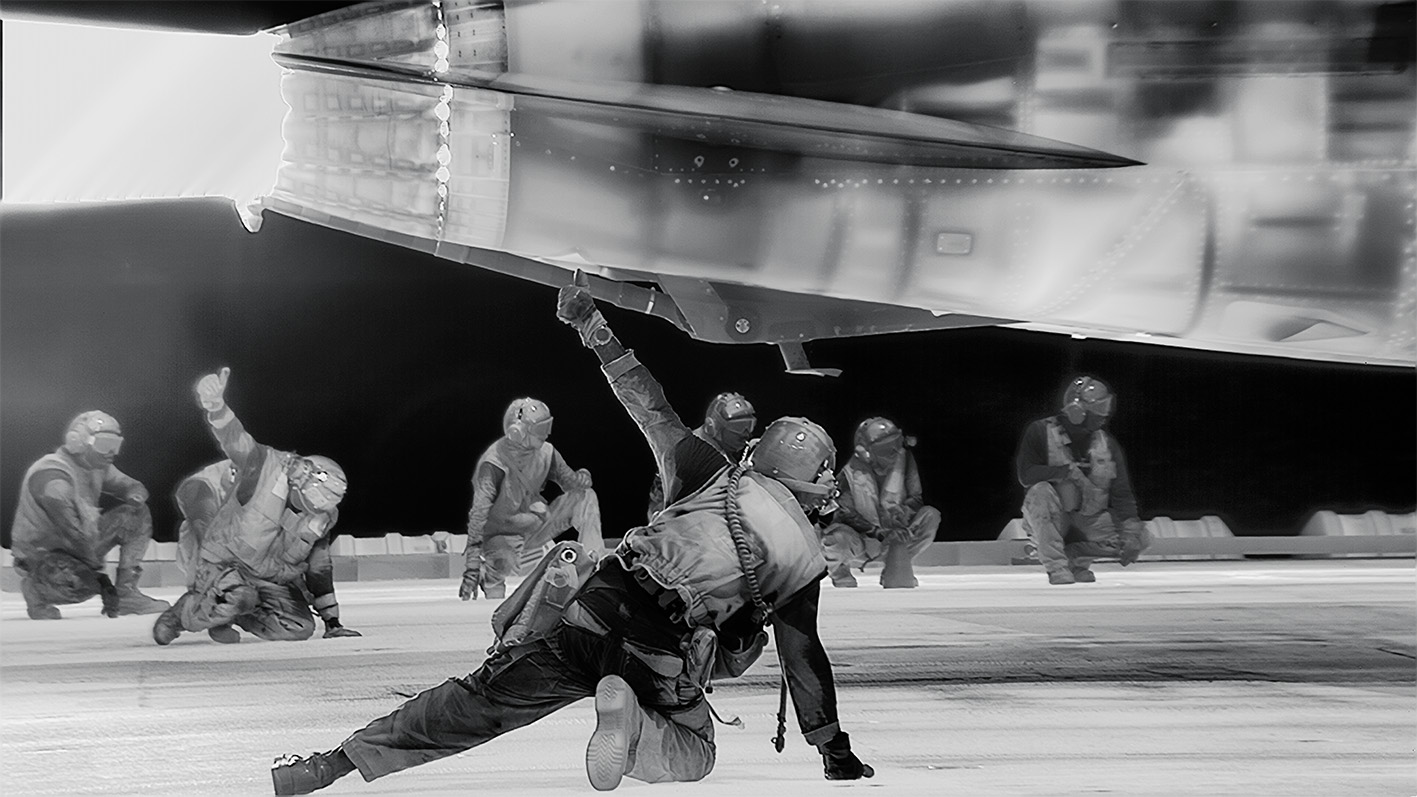 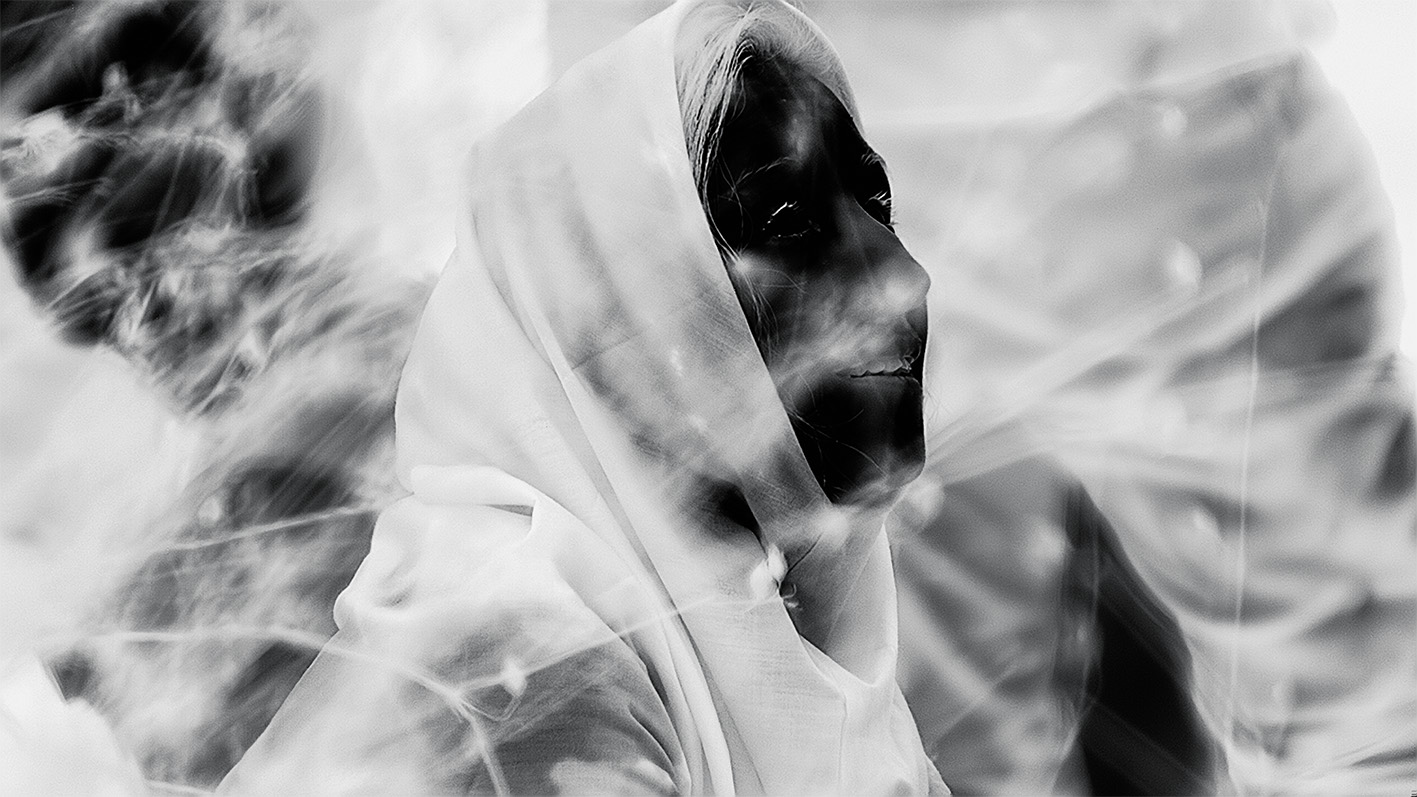 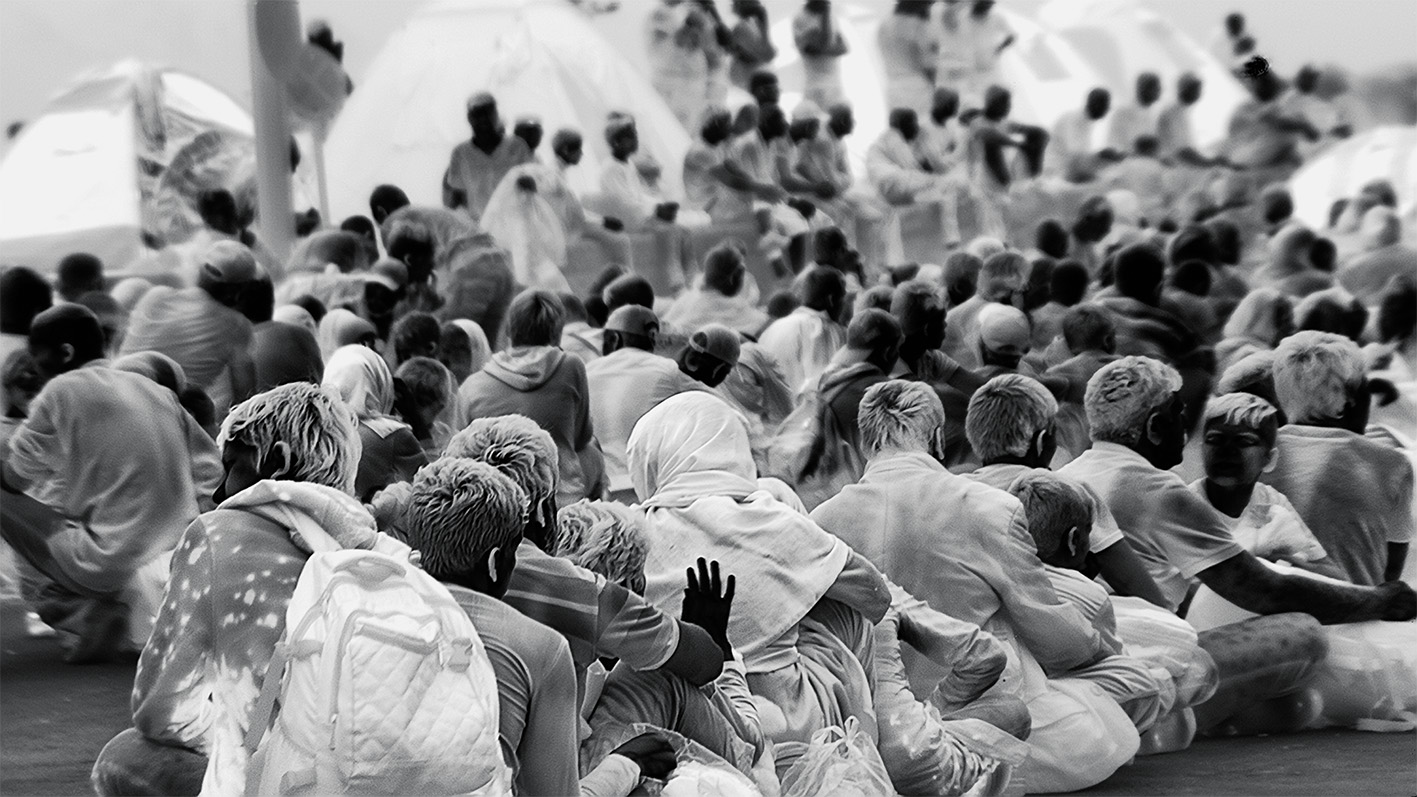 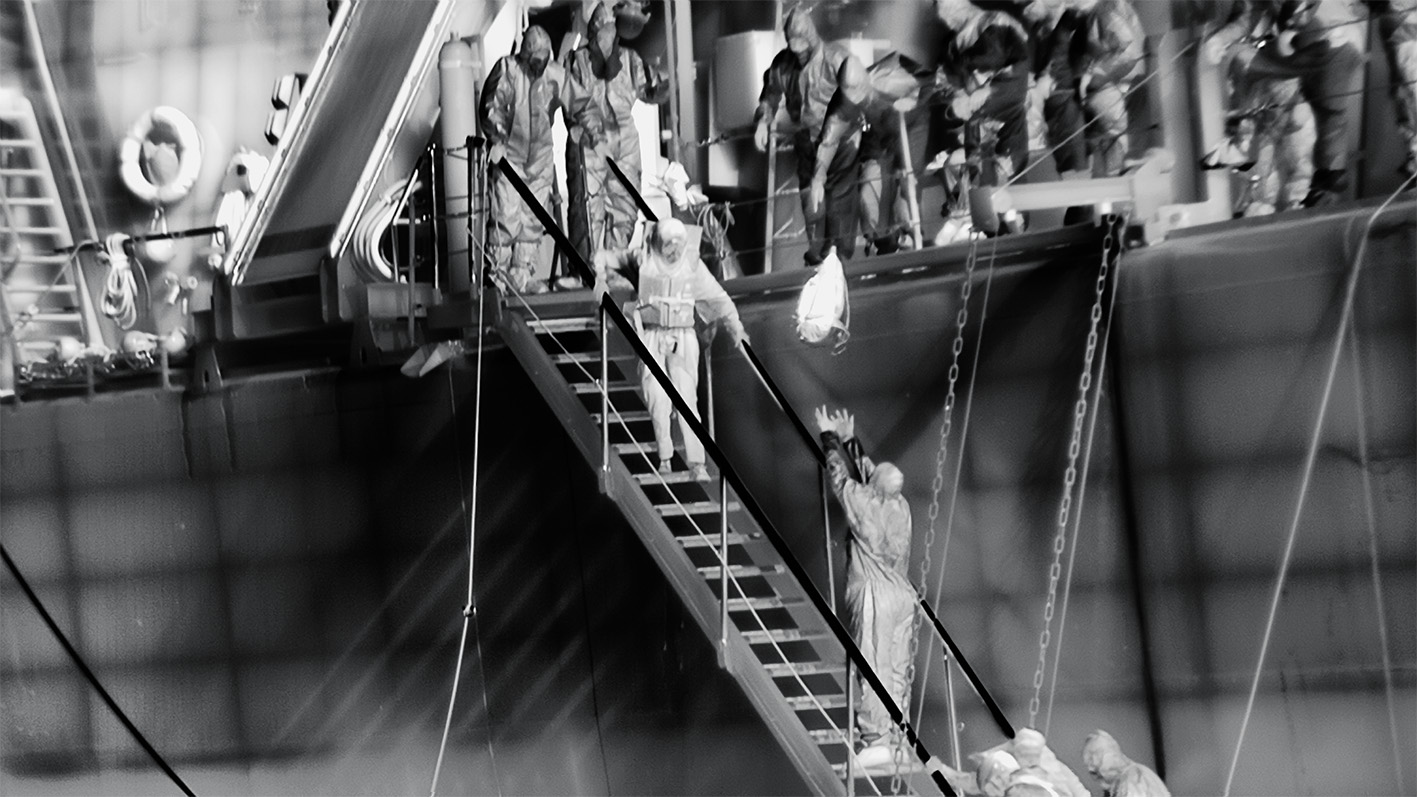 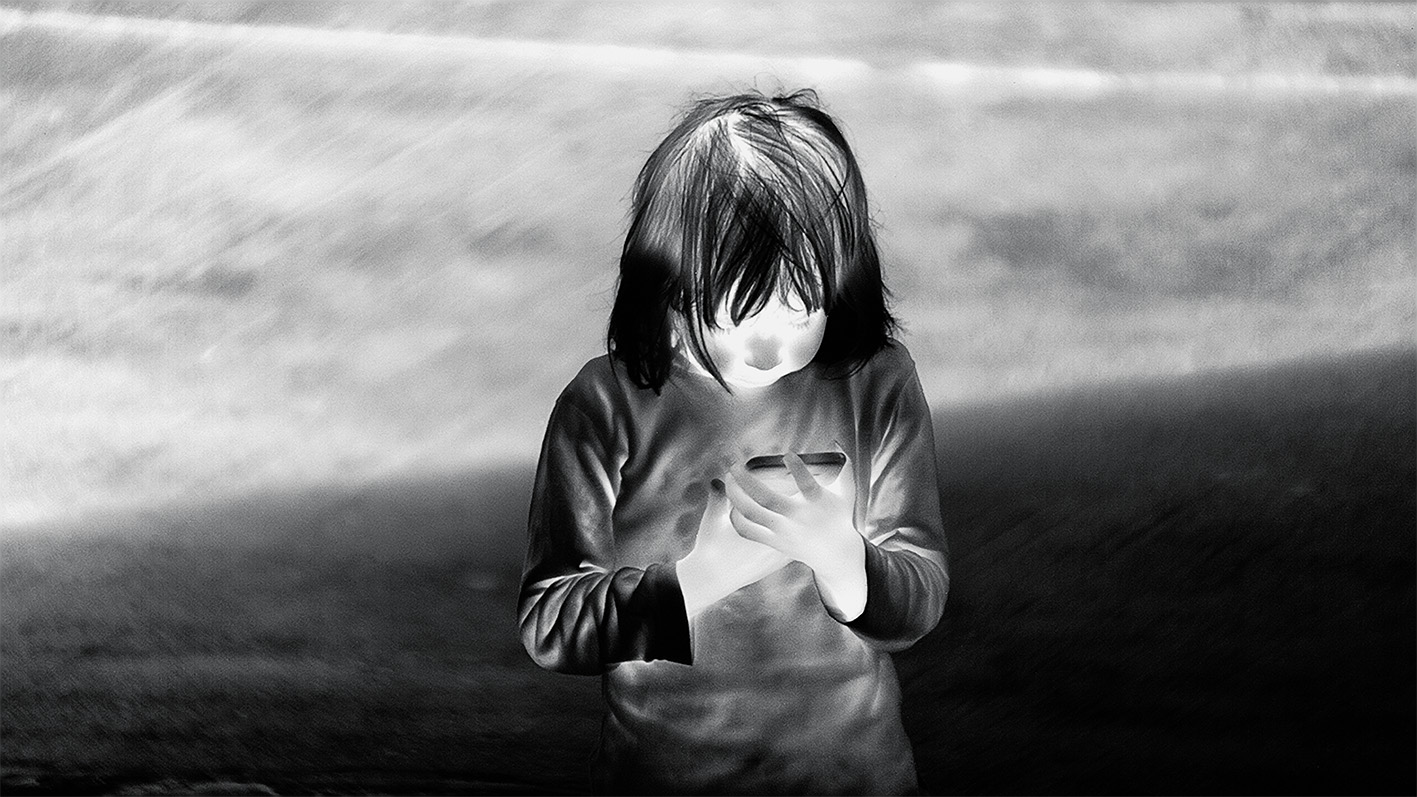 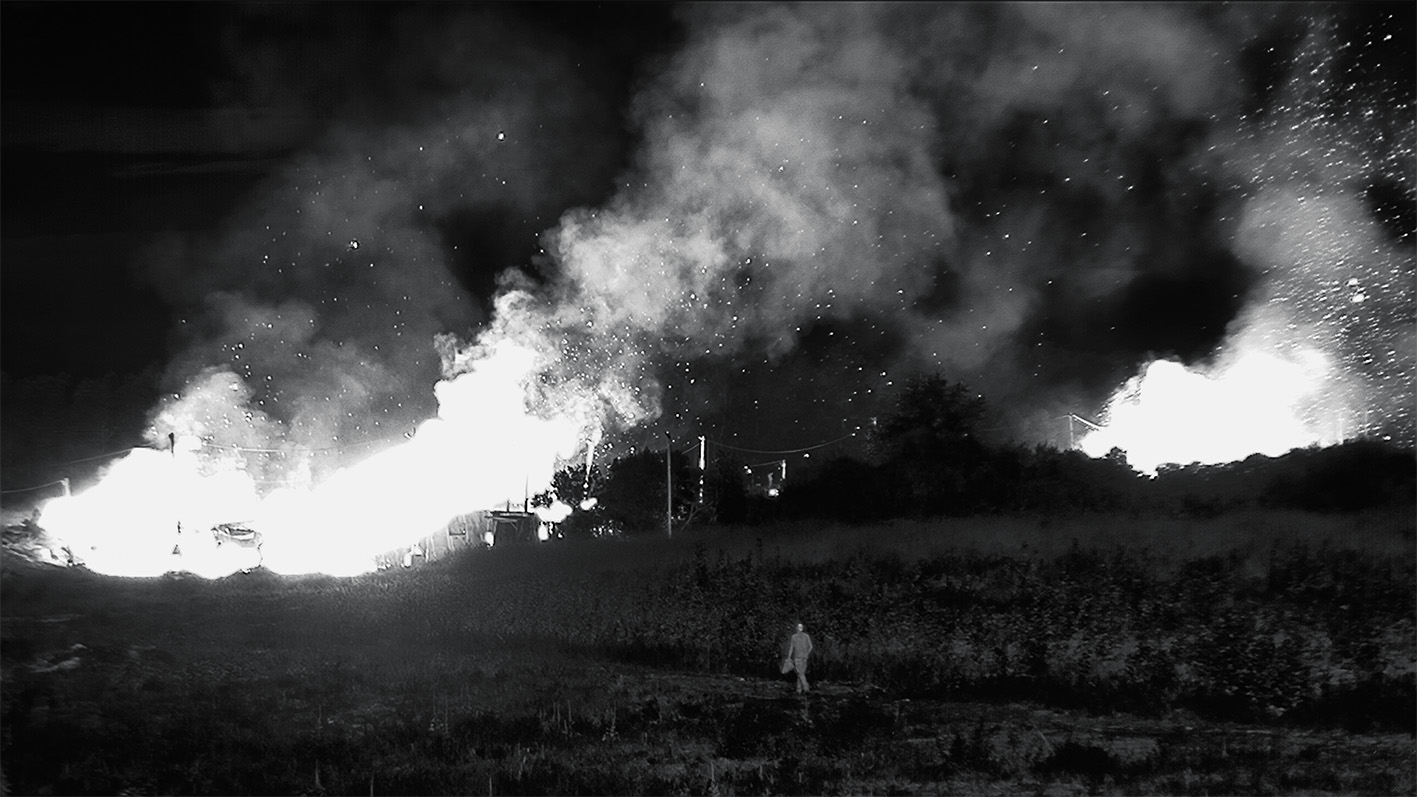 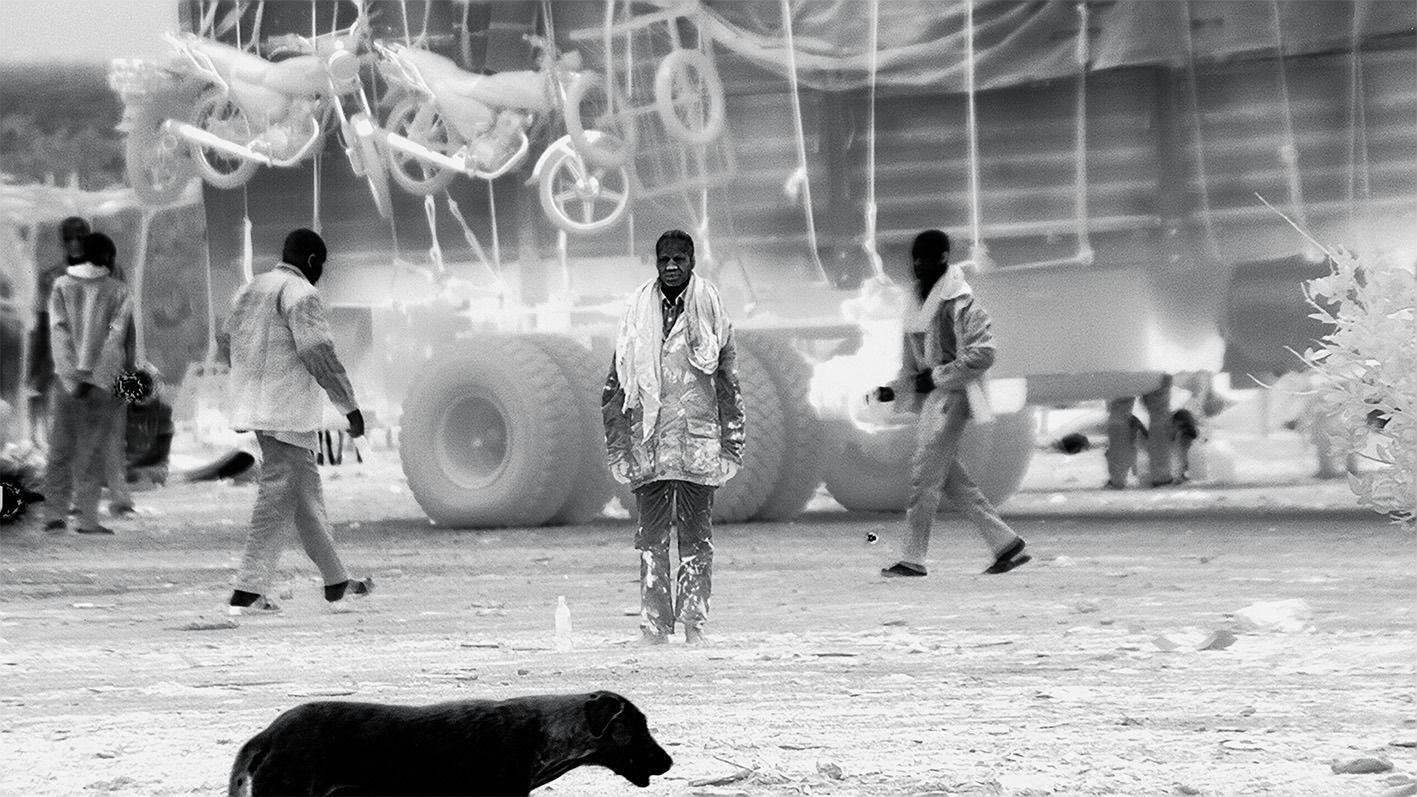 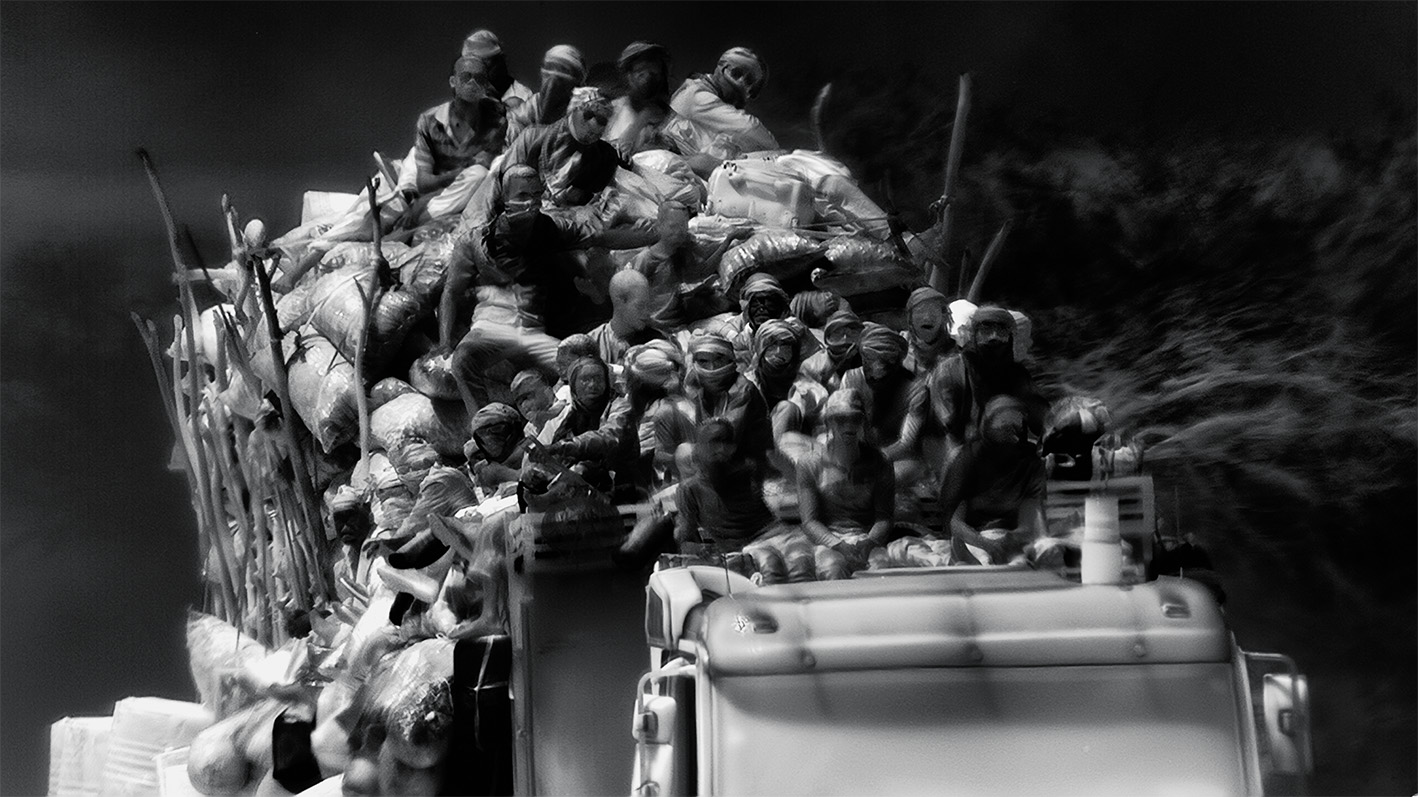