Podobne książki
London. Portrait of a CityTaschen
219,00 zł
To basket 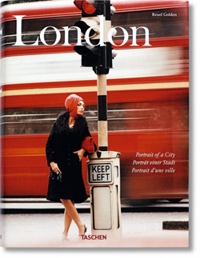